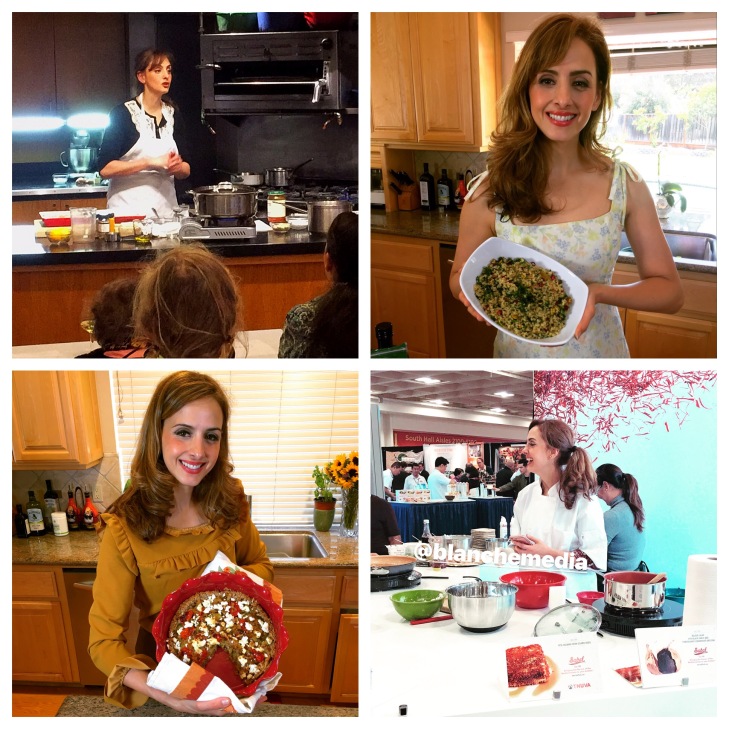 Welcome to Feast in the Middle East! Blanche Shaheen is an Arab American and  network television host and reporter in both entertainment and news. She reported live daily on the ABC entertainment program called “View from the Bay,” hosted the independent film show “Video I” for PBS for 10 years, reported live news daily for the Tech TV show called “Tech Live” and hosted numerous news and political programs for Link Media.

In 2010 Blanche made the switch to hosting her own cooking show, sharing 100s of years old recipes preserved by her mother and grandmother.  These were heirloom recipes handed word of mouth from one generation to the next, recipes that even culinary schools lacked–however, there were no written measurements. With her journalism background, she decided to document the recipes in an ongoing cookbook, and Feast in the Middle East was born.

Now you can see this series on YouTube, on Curious.com, and on Virgin America Airlines, where it has an estimated audience of 1 million people per month! She has now gained recognition in the press, featured on NBC’s “California Live,” BBC World News,  KQED’s “Check Please” program, NPR radio, the Palo Alto Weekly, the Los Altos Crier, the Mountain View Voice, the San Jose Mercury News, and the Rumi Awards show that she hosted for an international audience.

For her personal story, click on the video below:

The feedback has been tremendous, with thousands of visitors every day from around the world visiting and commenting on her blog, YouTube page, articles, and Facebook pages. Check this blog regularly for updated recipes, cooking tips, information about exotic ingredients, family stories, and videos of Blanche’s cooking journey.

Here is the original Feast in the Middle East Trailer:

As for educational background, Blanche  got her Bachelor of Arts in Political Economy of Industrial Societies at U.C. Berkeley, followed by a Master’s Degree  in broadcast journalism. She speaks Spanish and Arabic, is a certified Zumba Fitness and bootcamp instructor, and a fervent abolitionist, supporting Not for Sale and the International Justice Mission against human trafficking and slavery. She is also a Compassion International sponsor for a second grade girl in Colombia.

You can contact Feast In the Middle East here: fitmeinfo@protonmail.com 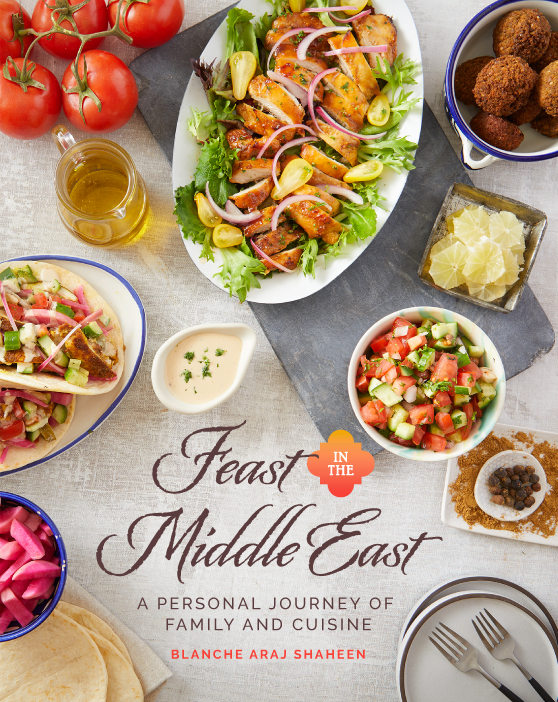